10 reasons to unplug from the Movie and Television Industry.

For most people in America, being entertained via Hollywood is a part time job.  Whether it’s a favorite actor, series, or genre, everyone seems to have some allegiance with the Movie/Television Industry.  As far as my life goes, I could give countless examples.  Here are just a few: The Lord of the Rings, Star Wars, Matrix, Marvel films, and, of course, The Dark Crystal.  Looking back to my childhood it was MacGyver, The A-Team, Silver Spoons, Quantum Leap, Back to the Future, (the list goes on and on).  Oh, and don’t forget G.I. Joe, The Smurfs, and Thunder Cats.  Anyways, there is no getting around the fact that the Entertainment Industry is very good at what they do, and they just keep getting better.  Their writing talent excels, along with their audio and visual technology.  It is possible to be stuck in front of a screen 24/7 and never run out of entertaining shows and movies.

Unfortunately, however, there is a problem: The vast majority of what the Entertainment Industry puts out is loaded with moral filth.  There is virtually nothing produced by Hollywood that isn’t saturated with sin and worldliness.  Another problem is this: Most of us, as Christians, have become so desensitized to the immorality of the Entertainment Industry that we don’t think twice about immersing ourselves in it.  We lower our standards for the sake of being entertained.  Think about that: we compromise the standards of God’s Word for our own amusement.  We disobey God’s commandments so we can avoid boredom.  (Should a Christian ever be bored anyways?)

Long ago, in the ancient world, people realized that entertainment was an incredible tool for promoting new ideas and shaping the culture.  Alexander the Great had theatres established in many of the areas that he conquered as a way to promote Hellenism through entertainment.  Hollywood does the same today.  How many characters of movies and shows were portrayed as homosexual thirty years ago?  How many characters of movies and shows are portrayed as homosexual today?  (Other examples would be disrespectful children, immodest dress, etc…) Why the change?  Because writers and producers have agendas.  Our culture is progressing further and further down the broad road of godlessness, and the Entertainment Industry is doing their best to keep everyone in step.  Let me say that again: Hollywood’s job is to keep you and your family up-to-step with the moral decline of our culture.  Hollywood is the shepherd, and godlessness is their green pasture.

Entertainment is an advertisement for certain ways to think.  The enemy wants your children to be immoral, disrespectful, vile in their speech, lovers of money, promiscuous, etc.  Nearly every time they sit in front of a screen, they are scrolling through the advertisements of the enemy.  And it isn’t just our children who are at risk, but ourselves as well.  As a recovering movie addict, I can personally testify that my moral barometer ebbs and flows in conjunction with what I allow to pass into my eyes and ears.  There is a song that says, “Be careful little eyes what you see; be careful little ears what you hear…”  Are we being careful, or are we being careless.

The enemy is clever.  He is able to use shows and movies that appear ‘harmless’ to promote his immorality.  Pixar, Disney, and the Tonight Show aren’t exempt from Satan’s agenda.  And it’s not just the shows that influence us, but the actors as well.  Many of these actors, directors, and writers are openly against God’s word.  It is powerful and strange how we become attached to these people that we’ve never met before.  We have some unexplainable bond with these actors and entertainers, to the point that we will follow their personal lives closely.  (By the way, did you hear that Ben and Jennifer are getting divorced?  I’m so bummed!)

I have a friend who became infatuated with an entertainer.  At the time, my friend was a devote Christian; now she isn’t.  Many attribute her falling away with the changes in her thinking as she followed the life, words, and worldview of a certain entertainer who caught her attention.  How many actors (or characters) have a walk with God that you would want you or your children to have?  We don’t think much about these things, unfortunately, because we have been fooled into thinking that what we watch, and who whose lives we follow, doesn’t affect us.  But they do.

As I began to hold my movie choices up to this passage I became more and more frustrated.  I really wanted to watch the latest blockbuster, but at the same time, wanted to honor God.  I also realized that I was setting a precedent for my children.  They would see me coming home from work every day with the latest Redbox movie in my hand.  I was a living testimony to them that this is what Christians do.  They work all day, hangout with the family a bit, and then they watch T.V.  I was finally brought to a fork in the road (actually it was T).  Either I stay plugged into the godless and immoral (yet very entertaining) advertising firm of the enemy called ‘Hollywood’, or I unplug.  The transition was hard.  I felt like I was quitting a drug (seriously).  I would get frustrated a depressed often those first few weeks because I was used to the numbing-vegetating-amusing feeling of television/movies.  Then, bit by bit, I was comfortable with the change, and to be honest, I hope I never go back.

I want to lovingly challenge you to pray over God’s will for you and your family in regards to T.V. and movies.  If this suggestion puts a pit in your stomach, then you may be addicted, and you may also not want to pray such prayers because you are afraid of what God might ask you to give up.  (Spoken from personal experience.)

Do not compromise God’s word for the sake of entertainment.  Come out from them and be separate.  I think I can say without doubt, that in the end, you’ll be glad you did.

Therefore, since we are surrounded by such a great cloud of witnesses, let us throw off everything that hinders and the sin that so easily entangles. And let us run with perseverance the race marked out for us, fixing our eyes on Jesus… (Hebrews 12:1-2) 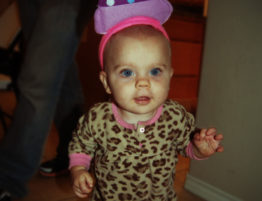 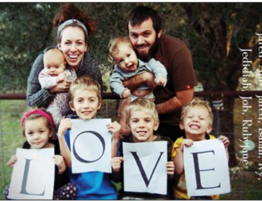